Craig Stevens has been a photographer for more than 20 years and said last night's Aurora Australis was one of the best he had seen.

"It was amazing. You could feel the light on your arms and face, it was so strong," he said.

Mr Stevens said the clouds started to clear at Hope Beach in South Arm at about 9:30pm, with orange and red colours visible shortly after.


"To see those colours is very rare," he said.

"After that it smoothed out to be a green glow which was just exceptional. My son and his girlfriend came with us last night and they were blown away by the colours.

"It was amazing to see the carpark so full, so many photographers came out to see it and capture it." 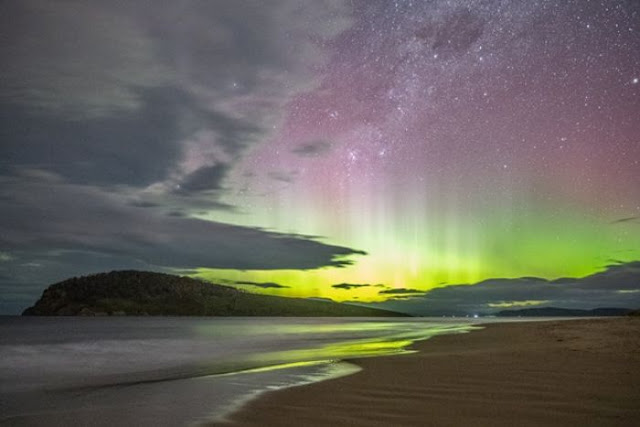 PHOTO: Craig Stevens said the aurora was one of the best he had seen in 20 years. (via: Craig Stephens) 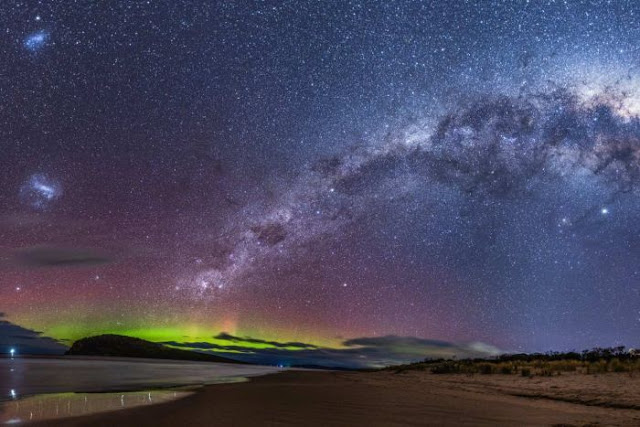 It was the first time photographer Paul Marion had seen an aurora in Tasmania.

"I've been professionally taking photos for nearly 15 years but last night was the first time I've seen it with my naked eye in Tasmania, it was incredible," he said. 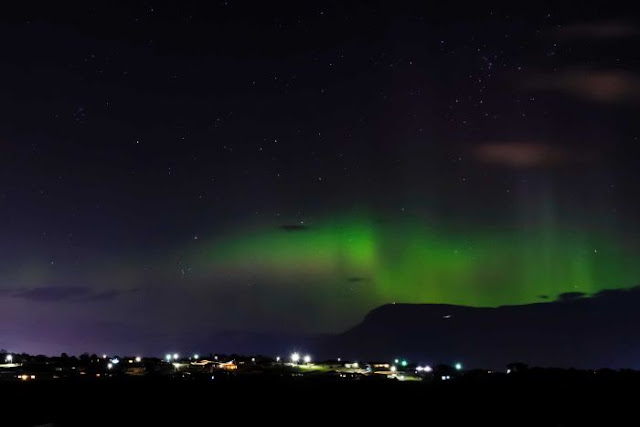 PHOTO: Paul Marion was "pretty stoked" with how his Aurora Australis pictures turned out. (via: Paul Marion)

"It's so often cloudy but last night it was just perfect, I could see it from my balcony so I quickly set up my camera and got some shots. I'm pretty stoked with how the photos turned out." PHOTO: The southern lights were seen clearly in Tasmania's Midlands before cloud cover rolled in. (via: Steve Robinson)

The Bureau of Meteorology said auroral displays were created by events on the sun millions of kilometres away.

Massive solar flares often blast streams of charged particles into the solar wind and outwards towards the Earth.

These particles are directed by the magnetic field of the Earth where they collide with atoms in the atmosphere. 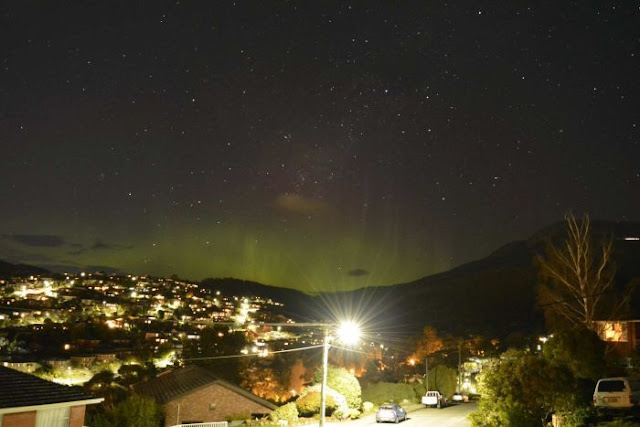 PHOTO: Many aurora chasers use long exposure times to display the best of the lights' spectrum. (via: Alan Weller)

It is these collisions which generate the beautiful lights which are observed as the aurora.

BOM said the aurora might have been visible again on Saturday night from Tasmania, southern Victoria and Perth.