Melbourne BMW driver stuffs TV in back seat, on top of child

A Victorian driver has been slammed for squeezing a flat screen TV box into the back of their child, on top of a child, instead of getting the item delivered.

Images of the white BMW, which was spotted in Mitcham, in Melbourne’s eastern suburbs, were posted by Facebook page Downshift. 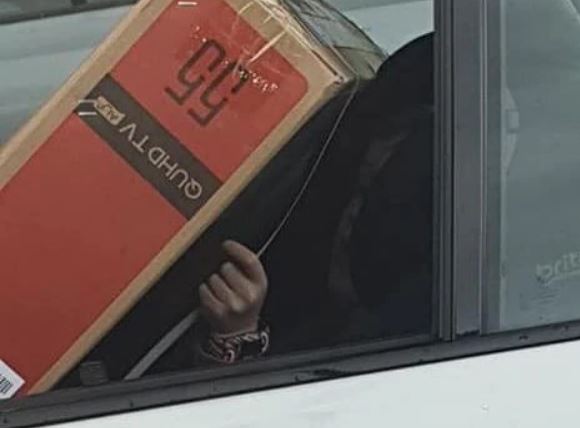 The child, who appears to be seated in a restraint, is seen just under the box holding the 55-inch screen TV.

“If you think this is alright, then you obviously don’t have kids,” Downshift wrote in their comments.

“And that’s probably a good thing.” 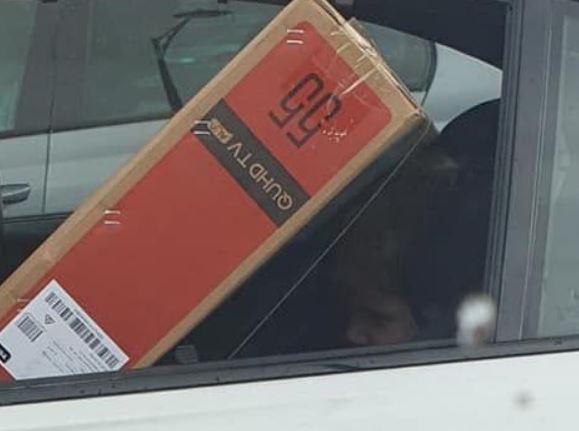 The child can be seen just under the TV box.Image: Downshift/Facebook

“This is not cool,” one person said.

“No problem if the back seat was empty. Pretty f****d up loading like that with a kid in the back seat,” another person said. 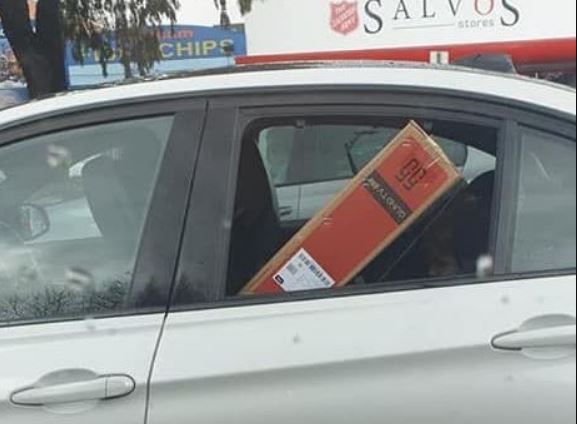 But some Facebook users disagreed, saying the child was safe in the back seat.

“Pfft, I’ve been through worse as a child when it came to my parents loading the car,” one person said.

“Kids or not, you do what you gotta do. It’s a minor discomfort but in the end you’re still saving some cash,” another person said. 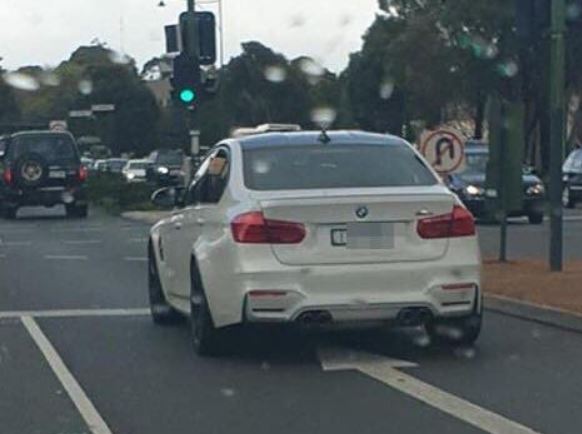 Some social media users were more concerned about the driver who took the photos.Image: Downshift/Facebook

Others were more concerned about the driver who snapped the images.

“If the kid's strapped down right he isn't going anywhere. But the driver using his mobile phone to take photos of other cars is 100% worse,” a Facebook user said.

“More concerned with the driver taking photos but each to their own,” another person added.