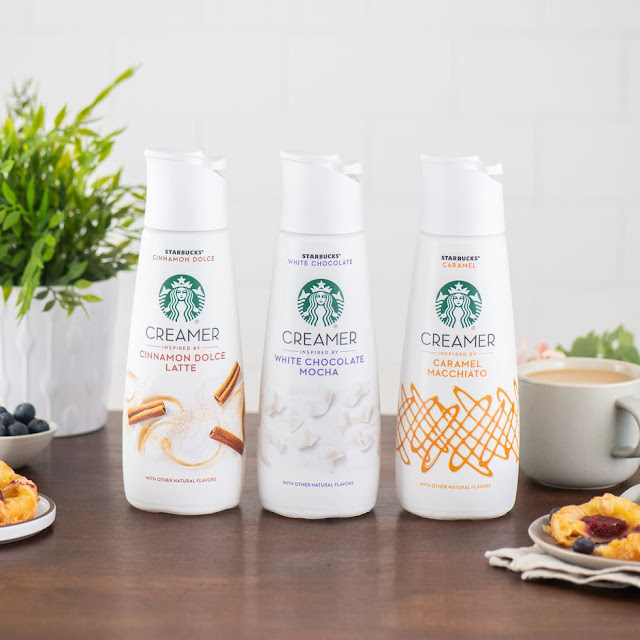 Sometimes, a new product comes out and you think, "wait, this didn't already exist?" That's how we feel about Starbucks coffee creamer—it makes SO much sense the coffee powerhouse would launch its own, at-home creamer, and yet it hadn't actually happened yet. Thankfully, the time has come—starting in August, you'll be able to find three varieties of the good stuff at your local grocery store. And Starbucks did not skimp on the flavors.

All three creamers play on classic and beloved Starbucks drinks, so you can make your own version in the comfort of your own home. There's a Caramel Creamer inspired by the Starbucks Caramel Macchiato (good luck making those pretty layers though) that tastes like "sweet, buttery caramel with hints of vanilla," per Starbucks. 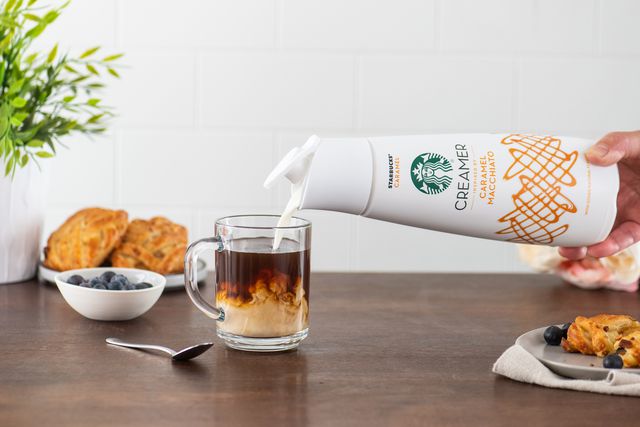 The three creamers will roll out to grocery stores nationwide this August—think of it as a little pick-me-up pre-Pumpkin Spice Latte season. BTW, for those counting down the days, the PSL returned August 28 last year! No word yet on when this year's comeback will be but you better believe we'll be ready and waiting when it's announced.