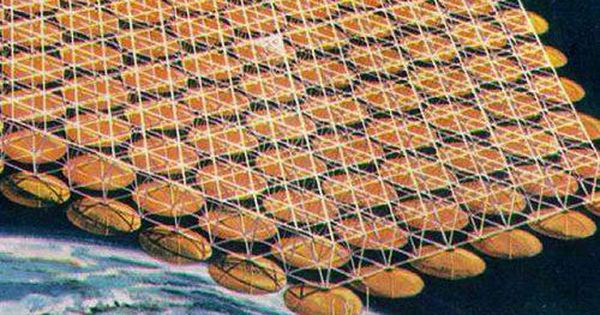 They claim to be already testing the technology and intend to build the station by 2050.

Xie Gengxin, deputy head of the Chongqing Collaborative Innovation Research Institute for Civil-Military Integration in Southwestern China, told the China Daily newspaper that a testing facility in Chongqing's Bishan district is being built that will be used to test the theoretical viability of a space-based solar power station.

The 33 acre test facility will develop space transmission technologies while studying the effect of microwaves beamed back to Earth on living organisms. The initial investment of 100 million yuan ($15 million) will be made by the Bishan district government and construction could take up to two years, but once it begins operations, scientists and engineers will use tethered balloons equipped with solar panels to verify microwave transmission technologies.

"We plan to launch four to six tethered balloons from the testing base and connect them with each other to set up a network at an altitude of around 1,000 meters," said Gengxin. "These balloons will collect sunlight and convert solar energy to microwave before beaming it back to Earth. Receiving stations on the ground will convert such microwaves to electricity and distribute it to a grid."

First proposed in 1968 by aerospace engineer Peter Glaser, the concept of a power-generating platform in geostationary orbit has been a popular idea among scientists, but has seen little in terms of development due to technological and financial hurdles. These notions may sound farfetched, but the space agencies of both China and Japan are taking the ideas that were once just the stuff of science fiction very seriously.

Plans to develop an orbital array of photovoltaic dishes were announced in Japan some time ago and according to CNN, Beijing is pledging to invest 2.5 trillion yuan ($367 billion) in renewable power generation – solar, wind, hydro and nuclear – by 2020, indicating China's willingness to invest in advanced concepts.