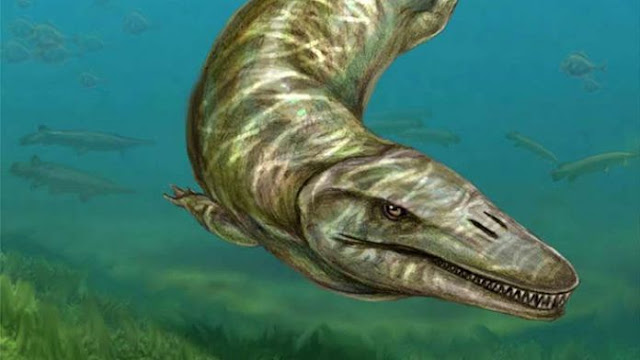 Popularized in the hit movie "Jurassic World," the mosasaur has come back to life after an 85 million-year-old fossil of a newborn creature was discovered in Kansas.

A "neonate-sized Tylosaurus specimen" (a type of mosasaur), has been identified and examined, with researchers looking at broken bones, including its snout, braincase and upper jaw.

A bony protrusion shared by both species let them subdue their prey by ramming them with snouts. 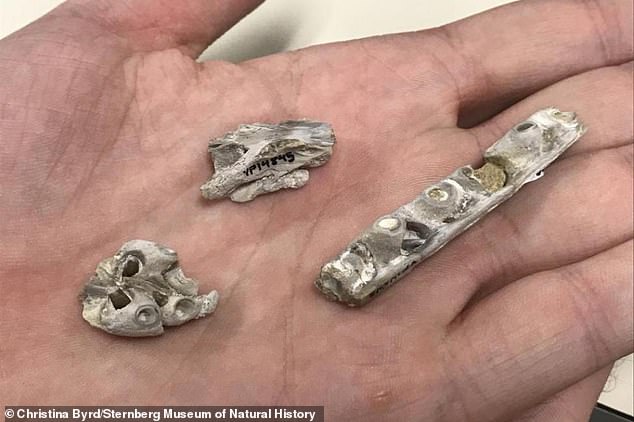 "Despite its small size, a suite of cranial characters diagnoses FHSM VP-14845 [the fossil's identification] as a species of Tylosaurus, including the elongate basisphenoid morphology," the study's abstract reads.

The creature, which could grow up to 42 feet when it reached adulthood, had an "estimated skull length of 30 [centimeters]," indicating its neonatal state. It was found in the Smoky Hill Chalk Member of western Kansas in 1991, LiveScience reports, but it was originally identified as a Platecarpus, a genus that could grow to almost 20 feet in length. 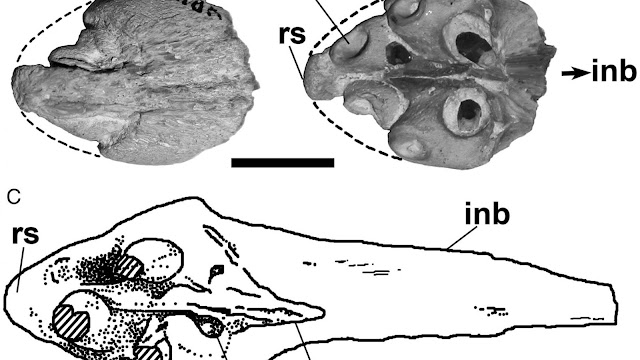 The paper was written in August 2017 and finally published online on Thursday, determining that it is indeed a Tylosaurus.

Other variants of mosasaur could reach up to 50 feet in length and are thought to have weighed as much as 30,000 pounds, with some referring to them as the "T. rex of the seas." 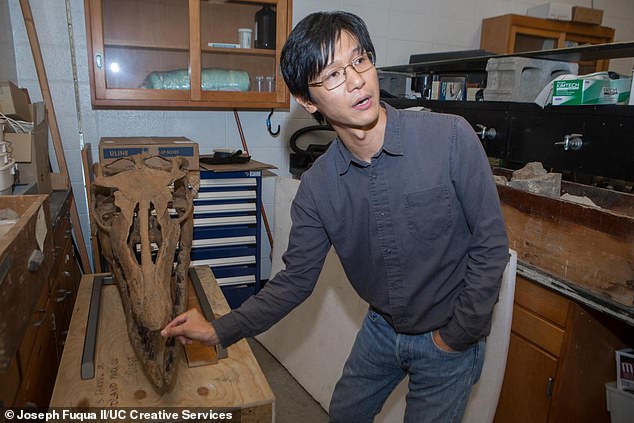 The study's lead researcher, University of Cincinnati assistant professor Takuya Konishi, was able to determine that the fossil was indeed a mosasaur after looking at its long snout and sharp teeth, a feature similar to modern-day orcas, according to LiveScience.

"Somewhat unexpectedly, both pairs of premaxillary teeth project anteriorly and laterally at the base, implying a procumbent nature atypical of tylosaurines," the study reads. "Also unusual are closely spaced first and second premaxillary teeth, where the second pair is also located posterolateral to the first pair." 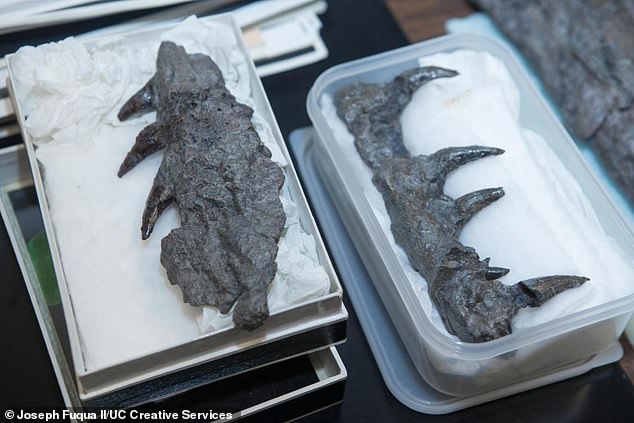 Unlike dinosaurs, which laid eggs, mosasaurs gave birth to live young. The size of this newborn, which likely would have measured at around 7 feet, suggests it did not live long, Konishi said, according to LiveScience.

"I'm thinking that this came out and somehow, miraculously, it got preserved and then discovered," Konishi said.